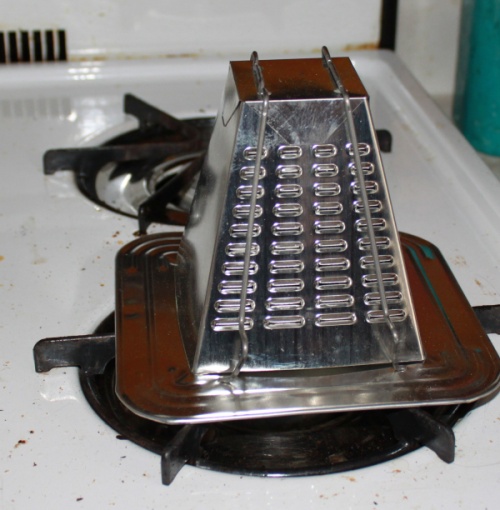 Today our new toaster came from Lehman's Hardware Store! I am excited. Our old one we bought from them in 1999 when we were moving here. Knowing we would need a nonelectric toaster we got it from their catalog. At the time, we had no idea about how we would generate power, or even if we would. I did not question it. We were fairly new to the homesteading lifestyle, and had been learning homesteading skills little by little. I used to spend hours looking through the Lehman's catalog, and I had my eye on this toaster. So I bought one for us, and one for our new friends who were getting married. I wonder if they ever used it? 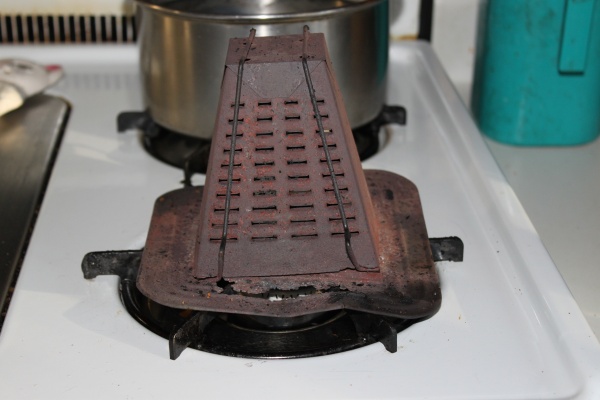 As you see we wore the old toaster out!

The first stove top toaster like this was patented in 1909 by Henry Knoblock. I don't know if he called it the Pyramid or where the name actually came from. It looked a little different on the top. I am thankful he invented it, so thank you Mr. Henry Knoblock!

Don't buy one of those folding toasters for camping as they are not good for using on a stove. At first I could not find this one on Lehman's website and sent them an email. They sent me the link to it directly, and wow, I could breathe easy again! It was $21.95 plus $7.95 shipping, for a total of $29.90. The only other ones I saw were on eBay. They were antiques, meaning really old and worn out, and with a price of $40. plus shipping. For a decoration basically! I wanted a serious toaster. 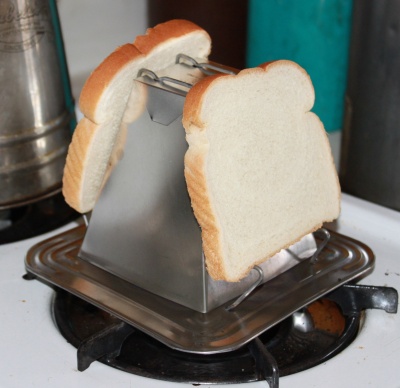 I can use this on the wood cook stove with one of the lids open. Or on the gas stove which is where I use it most of the time. I am not sure how it would work on a electric stove as I don't have one to try it on. I feel it needs that fire under it. You set it on top of the burner like in the photo and turn your flame up. The higher the flame, the faster it toasts. But if you toast it too fast it will burn. If you want your toast light, don't turn the flame up so high. This is not the kind of toaster that you can walk away from and forget about it. Nope! You have to stay near by. I am usually cooking the eggs or whatever on the next burner, or on the cook stove which is close, so I can watch the toast at the same time. 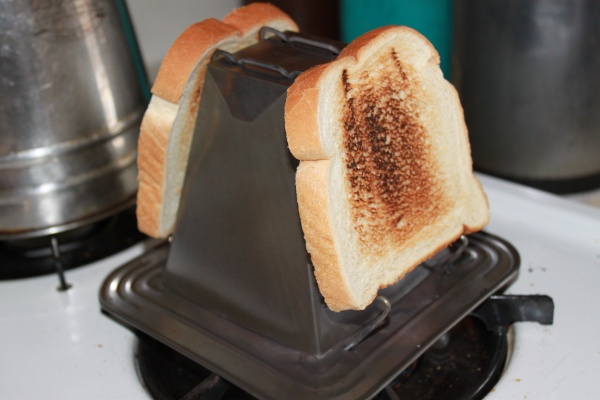 Dani, at Eco Footprint ~ South Africa had a post on her blog called Kitchen Implements and it was about "off-the-grid" kitchen gadgets. She had quite a collection on there. It sounds like she feels like I do about plastic. So I am going to send her a photo of my toaster and see if she likes this little treasure. Dani has given me the idea to highlight some of my off-the-grid gadgets. It is surprising how many I have when I started thinking about it. Thank you, Dani!

One thing you learn when living with your own power system, is which gadgets are the energy hogs. Toasters are one. Anything generating heat is a definite no no. Like a crock pot (which is the one gadget I really miss. But I have learned to use my wood stoves for simmering foods all day.), a bread machine, a dehydrator, a hair dryer, a curling iron, a refrigerator, a dryer...........anything with heat. If I even had a system that could generate unlimited power, would I add those items? Why of course I would! Free power would be a whole different thing. For now though, I need to be realistic.

This toaster would be a good investment for anyone trying to prepare for emergencies and power outages. If you can cook on a grill or a campfire, you can use this little pyramid toaster on that too. It is good to have even if your friends won't know what it is. I always ask people what it is and I don't think anyone ever guessed correctly!

By the way, Lehman's did not pay me in any way for this post. I wish they had! It is my own opinion and I wrote it with no one asking me to or giving me a free toaster or anything else to do it. I am just a VERY happy customer and I love my new toaster!

How cool. I've been eyeing that in their catalog for the past couple of months. Unfortunately, I have an electric stove and I'm not sure how well it would work...if at all.

You're right Zany, I think it needs a fire under it.

Just popped over to say 'hallo' after you made such kind comments on my post!
I can honestly say I have never seen such an intriguing piece of kitchen equipment :) I think it's absolutely marvellous! We don't have the shop here that you bought it from but I am now off to see if they have anything else so quirky and if they ship overseas.
It really would be smashing for Vintage Camping and it may just start a trend!

I love your toaster and I can't wait to see what other kitchen gadgets you have :-)

How cool is that! We also don't have an electric toaster because we live off grid and they are an energy hog. I think we may have to try one of these. Thanks for the post!

I like your new toaster too! I will keep this info tucked away into my "when I start camping again" memory area. I love cooking on a grill outside. 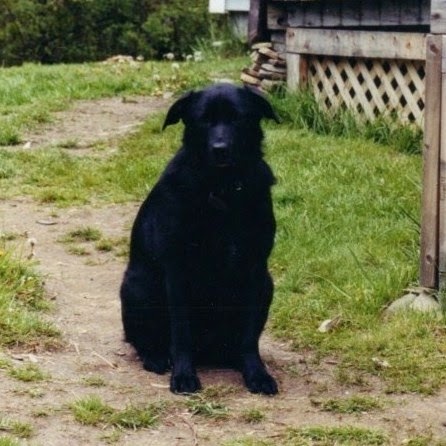